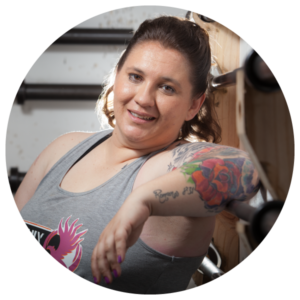 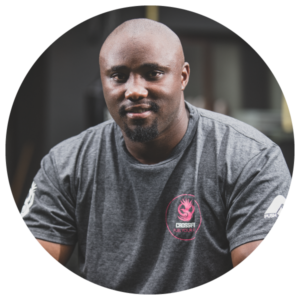 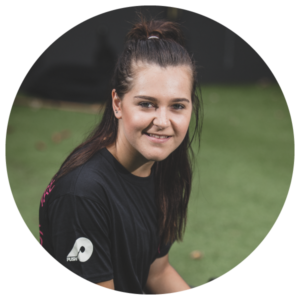 Box owner, head coach and nutritionist, Tanja is a Level 2 and CrossFit Kids Certified Trainer. Tanja, with an extensive background as one of the country’s top chefs, left the kitchen 3 years ago to pursue a career in the fitness industry. She still holds a passion for food, but now designs tailor made eating plans and is passionate about nutrition. With multiple specialty CrossFit courses, like aerobic capacity, weightlifting and running behind her name, she creates interesting and effective programming to keep everyone prepared for life. Tanja specialises in olympic weightlifting and also enjoys powerlifting and strong man exercises. She enjoys the art of coaching and aims to make every member better than they were yesterday.

Box owner Zonja has a long history in hospitality and, at 61, still enjoys CrossFit. With her keen business mind and customer relation skills, she is not only the box mom, but handles all the admin, member relations, accounts and of course she is the inhouse shoulder to cry on, friendly face that meets new members and welcome committee. She has a extensive experience in counselling and is always there to talk to. What would a box be without a mom?

Hailing from King Williams Town, a small treasure in the Eastern Cape, with a big appetite for exercise and sports training.  A Corrective Exercise Specialist and Human Movement Scientist trained by some of the best in their respective fields at the High Performance Complex in Nelson Mandela University. Sipho Kenene is recognized as a National Strength & Conditioning Coach with experience in working with various sports teams throughout his fledgling career:

Sipho is also National qualifying powerlifter in 2016 and he has dedicated himself to his profession by making use of the latest sports specific & functional training techniques with aim of improved daily performance.

Our multi-talented CrossFit L1 Trainer, Elana, has not just been in the CrossFit world for the past seven years (ever since she was a teenager) but is also a qualified hairdresser and make up artist. With a keen interest in both beauty and braun she brings both facets to the box.  She can not only coach and train like a beast, but also explores her creative side with the essential warrior braids and how to do makeup for CrossFit. She loves working with people, making them fit and beautiful.

She has been on the competitive scene for a while and was one of the fittest teenagers in Southern Africa.

Elana originally hails from Plett and after a few years coaching in both Mosselbay and Potch decided, with her husband, to return back to her roots and join the CrossFit Fuel Your Fire team. Tanja and Elana go quite a while back and make a kick ass female coaching duo.